Are you a Starbuck lover? In Japan you can find Starbucks cafes at some very special places. Unique locations, with a local touch but always the same Starbucks-quality. Whether you enjoy a cup of Starbucks coffee or not, these stores are worth a visit for the location! 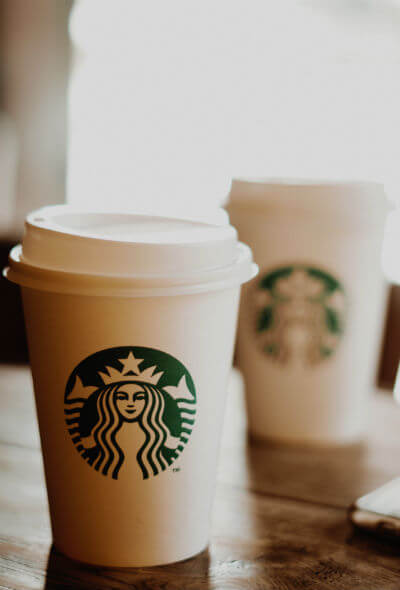 The first ‘Sutaba’ of Japan opened its’ doors in 1996, in Ginza, Tokyo. Since then it has expanded rapidly throughout the country. In September 2019 the number of Starbucks outlets had reached 1.497, with the world busiest and biggest – two different outlets – located in Tokyo! Starbucks skyrocketing popularity is partly a result of the seasonal merchandise and beverages that are exclusive to Japan. The limited edition coffee cups and tumblers designs are often based on seasonal holidays, famous landmarks, Japanese culture and even airports. Moreover, the coffee chain has found a way to adapt to local culture, creating Instagrammable, one-of-a-kind spaces at inspiring locations while featuring cutting-edge architecture and design. For some of the locations listed below, chances are, that without the Starbucks logo, you probably wouldn’t have known it was a Starbucks. Here is our list of the ‘Sutaba’ in Japan you should not miss!

In February 2019, the fifth and biggest Starbucks Roastery worldwide was opened in Tokyo, in Naka-Meguro along the Meguro river. The complex comprises about 200 sqm spread out over four floors and its exterior was designed by the world-renowned contemporary architects, Kengo Kuma. The interior was created by the Starbucks community design team, but carefully selected to match Kuma’s modern Japanese style. Next to coffee, there is also tea, Italian snacks and… alcohol on the menu! On the third floor you can find the Arriviamo Cocktail Bar. Obviously, all the cocktails are infused with coffee or tea. Don’t forget to try espresso martini! As expected this Starbucks is very popular – especially in spring time, when the many sakura trees are in full bloom! In the weekend the waiting time still reaches a peak of 5 hours, so be sure to come early and reserve some time in your plan.

Probably the most famous Starbucks in Japan, is the one overlooking the Shibuya Crossing in Tokyo. People come here to watch to watch the the famous crossing, especially at rush hour when hundreds of pedestrians cross the street from all directions, under the neon glow of Shibuya’s digital billboards. The place is amazing for people watching, but be warned, it is the busiest Starbucks around the world! For this reason, we could not, not mention this Starbucks in this post.

The number one special Starbucks in Japan – arguably the world – is the outlet in Dazaifutenmangu Omotesando, Fukuoka. This Starbucks it located right next to the Dazaifu Tenmangu shrine, which is famous for the god of academics. The beautiful entrance of Starbucks was designed by Kengo Kuma – who also designed the new olympic stadium in Tokyo and correct, the Starbucks Roastery in Tokyo. Come for the building, stay for coffee!

In 2018, Starbucks has opened a store in the main shopping street of Kawagoe, next to the landmark Toki no Kane. Its design perfectly blends in with the many kurazukuri houses that Kawagoe, also known als little Edo, is so famous for. Read more about Kawagoe in our blog 1-day trip to ‘Little Edo’ Kawagoe. Next to the indoor space, it has a pretty outdoor seating area with a Japanese gardens, complete with bonsai trees, a stone pathway and wind chimes for your peaceful coffee break. If Starbucks has existed already during the Edo period, this is what it would have looked like.

Ninenzaka is traditional area located in east of Kyoto city near Kiyomizu shrine. Here you can find one of the two Starbucks in Kyoto that are definately worth a visit. The traditional-looking store opened in 2017 inside a 100-year old machiya – a traditional townhouse – from the Taisho period. The store perfectly blends in with the neighbourhood’s historic vibe, if it wasn’t for the sign (and perhaps the people) you would probably not even notice this Starbucks. One year after its’ opening, this Starbucks outlet received the Kyoto Scenery Award (Kyoto Keikan Sho) for ‘its inspired effort in preserving and combining tradition with contemporary coffee culture’. Examples of this are two special features:

The famous Izumo-taisha shrine, dedicated to the Shinto deity of marriage – Ōkuninushi –  is one of the most ancient and important Shinto shrines in Japan. Even though its construction date is unknown, it is widely believed that it is the older shrine in Japan! Next to Izumo-taisha shrine, you can find a beautiful Starbucks with a wonderful blend of traditional and modern design. The interior incorporated some Shinto elements, including wooden tables shaped like traditional magatama beads, lighting designed with the shrine’s shimenawa (woven rice straw ropes – that you can also see in sumo), and a gable roof design that shows the traditional Shinto style characteristic to the area. When you’re there, make sure to get yourself an Izumo mug. They are designed with an agate pattern and hand-painted by craftsmen in Izumo. They cannot be purchase online or anywhere else aside from this Starbucks, definitely a great souvenir!

For the second Starbucks in Kyoto that made its way to this list, we need to explain the concept of Kawadoko “川床”. Kawadoko, in Kyoto commonly referred to as yuka, are decks set up along the Kamogawa and other rivers in Kyoto. They are set up with the purpose cooling down in the hot summers, thanks to the cooling breeze and passing river below. These Kawadoko are symbolic characteristic for Kyoto. Every year, the opening ceremony on May 25th is a popular event with the maiko & geiko out celebrating. Starbucks has opened an outlet along the Kamogawa river and from May till September also set up a Kawadoko. Get your cold brew and enjoy the cool breeze along the river bank in the hot Kyoto summer!

Kamakura is popular day-trip destination for Japanese, being an hour away from Tokyo. Close to the Kamakura station you can find a Starbucks in the former residence of manga artist, Ryuichi Yokoyam – making it popular with artists. Some of the artwork is on display in this modern style store. This Starbucks its design is dominated by wood and glass, with the high ceiling providing an open space. One of the main features of this store is engawa, the Japanese veranda with tatami mats for guests to unwind and relax, in view of the pool.

This Starbucks store low-rise structured store, bathes in natural light and offers large outdoor eating capacity. But it didn’t make its way to this list of this, but because of its location. Ueno park is one of the biggest public parks in Tokyo, very famous for its historical location, shrines & temples, museums and… Sakura viewing! Ueno park is a prime-spot for Sakura viewing, with many sakura trees lined up along the main street. The Starbucks is located close to the front gate of Ueno Zoo, don’t be surprised to hear the lions roar while you are while sipping your coffee and watching all the people pass by. To cope with crowds, the store has a small van outside for anyone with a tall-sized order to get in and out as fast as possible.

This Starbucks overlooking the Funan canal, is known for its breathtaking beauty. The store was elected “world’s most beautiful Starbucks” at the 2008 Store Design Awards. Because of the glass-walled design, the interior is filled with light giving it a specious feeling. There is also some outdoor spacing, bordered with glass walls, that make you feel as if you are cruising on the river. Of course there are many more beautiful designed Starbucks stores, with stunning scenery at special locations. But these are our favourites and the ones we think you, as a Starbucks lover,  should pay a visit! What are your favourite Starbuck outlets, which ones should we also pay a visit?

Japan is one of the major whiskey production countries. The Suntory’s honored whiskey Yamazaki get more and more recogni...

The Best Bars in Tokyo

There are so many places to enjoy the nightlife in Tokyo from casual Izakaya to the luxurious bar. We introduce some of the best bars in Tokyo!

Do you like craft beers? Kyoto is known as a traditional area but it actually has great craft beer breweries and bars! In this article, we will introduce the best craft beers place in Kyoto! Enjoy their local beers!

Many traveler would love to go somewhere local and eat at non-touristic restaurant. If you are foodie, I strongly rec...

In Tokyo, there are so many good restaurants. So it is difficult to choose one from them. Now we introduce Tempura rest...

In Tokyo, there are so many good restaurants. So it is difficult to choose one from them. Now we introduce 4 Curry Rest...
Sponsored links

6 Reasons Why You Should Visit Japan At Least Once In Your Life
10 Best Winter Destinations in Japan!
Michelin-Starred Ramen Restaurants in Tokyo
8 Places to Explore Japan’s Gaming Culture
10+ Best Virtual Tours in Japan - Online Experiences You Can Enjoy and Learn about Japan at Home

10 Best Spring Destinations in Japan
10 Reasons Why You Should Visit Tokyo
Family Trip Ski Resorts in Japan
10 Mysterious Spots & Stories in Kyoto!
Nature Spots near Tokyo for a 1 day trip

Please subscribe to get the latest posts from us!