A holiday to Japan is more than just travelling. It’s stepping into another culture where the ancient and the modern rub shoulders and create an experience like nowhere else on earth.
Megacities like Tokyo and Kyoto have ultramodern architecture on the same streets as ancient shrines, while traditional customs are still at the forefront of Japanese culture.

If you only have a couple of weeks to explore this fascinating country, it can be hard to decide what to do to get a measure of Japan.
So, in this article we’re going to help you make some unforgettable memories and also to experience the Land of the Rising Sun, with 5 things to do in Japan that will make your trip special.

The first thing most people think of when someone says Japanese food is sushi – this delicious combination of rice, raw fish, and occasionally some other ingredients is symbolic of Japan.
However, it might surprise you to learn that sushi isn’t consumed all that regularly in Japan, and it’s more a food for special occasions – or as a monthly treat.
Taking part in a sushi experience class is a great way to learn more about not just Japanese food, but the country’s culture too.
Many sushi tours in Tokyo will take you to one of the world’s largest and most impressive fish markets – Tsukiji, where knowledgeable guides will show you around the market as you pick up the ingredients that you’ll be working with to become a sushi master! 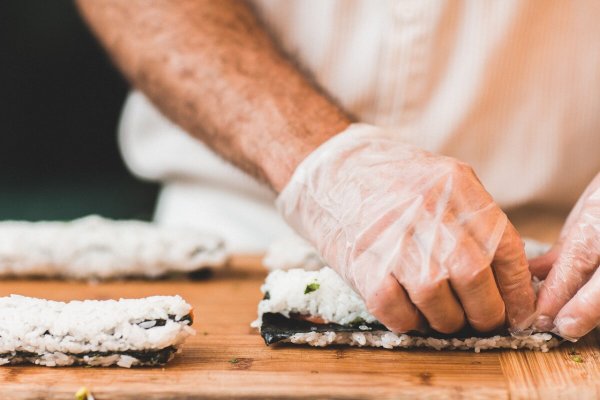 Not only will a sushi making class make your trip to Japan special, but once you return home it’s a great way to impress your friends and family! Also, if raw fish isn’t your thing, it’s easy to find other cooking classes where you can make Japanese classes such as ramen and gyoza!

Tokyo attracts more tourists than anywhere else in Japan, but Kyoto comes a close second.
Kyoto has 17 UNESCO World Heritage sites and a mind boggling 1,600 temples and shrines – so no trip to this astounding city is complete without ticking at least a few of them off your list.
We will forgive you if you don’t manage to visit all 1,600 though! 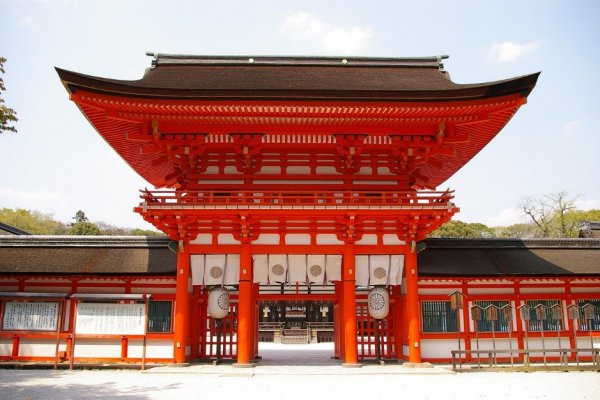 There are a few that stand out above others when it comes to Kyoto. Kinkaku-Ji and its golden pavilion sit on a peaceful lake and make for some excellent Instagram shots (especially in cherry blossom season). The real highlight is Fushimi Inari shrine, where red torii gates guard the paths between the buildings and through the wooded forest on the sacred Mount Inari. You’ll also get some astounding views of the Kyoto cityscape from up here!

If you find that so many temples and incredible UNESCO World Heritage sites is overwhelming, then why not take part in an organised tour? You’ll see the most important temples and be regaled with knowledge by an informative guide. If you’re on a private tour there’s one you particularly want to see, you’ll be able to request visiting that one too!

The snow-capped peak of Mount Fuji seemingly rising out of nothingness is a breath-taking sight. The mountain isn’t the most difficult climb, and it means that even novice and beginner hikers can say that they’ve reached the highest point in Japan – at 3,776 m! However, the climb is about more than just fitness and challenging yourself. 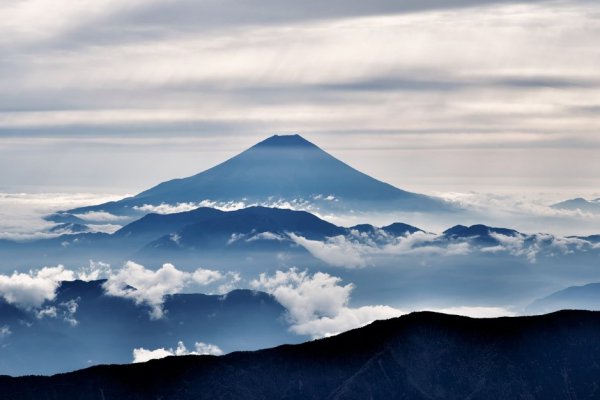 Mount Fuji is an important cultural and historical artefact in Japan, and is a prominent figure in Japanese art. It was the training center for ascetic Buddhism as far back as the 12th century, while important shrines and Oshi lodging houses dot the base of the mountain – meaning that it’s far more than just any old climb!

If you want to ascend and descend Mount Fuji in the same day, start at the 5th station and climb from 2,400 m to the top. For those who are looking for a really special and memorable climb, head up overnight and watch the sun rise over Kawaguchi-Ko lake.

*For around Mt.Fuji tour, please check it out! “Mt. Fuji Highlight private tour from Kawaguchiko lake”

Hiroshima has two World Heritage sites which will leave an imprint on your memory for very different reasons. As you probably know, Hiroshima was one of the cities in Japan where an atomic bomb was unleashed at the end of World War II, and the city was devastated.

A memorial to those who lost their lives and also a symbol of peace is the Hiroshima Peace Memorial Park, which is on the site where the bomb was dropped. Here, you can see the Atom Bomb Dome, the only building that was left standing, before visiting the museum which has touching personal stories and a few artefacts that were left in tact after the bombing. 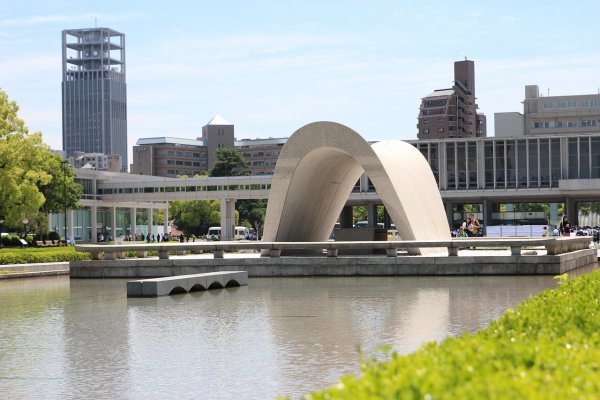 The second site is peaceful in a different way – Miyajima is an island around an hour from Hiroshima City center (including a ferry ride) but it may as well be a different world from the big city. The floating torii gate is one of the most evocative sights in Japan and will leave you feeling peaceful. And don’t miss your chance to make friends with a sacred deer!

Marvel at the ancient sport of Sumo Wrestling

The ancient sport of sumo wrestling is based on Shinto beliefs and it’s a sport unlike any other on earth. This heavyweight form of wrestling sees the participants aim to force their opponent out of the ring or make them touch the ground with any body part other than the soles of their feet. 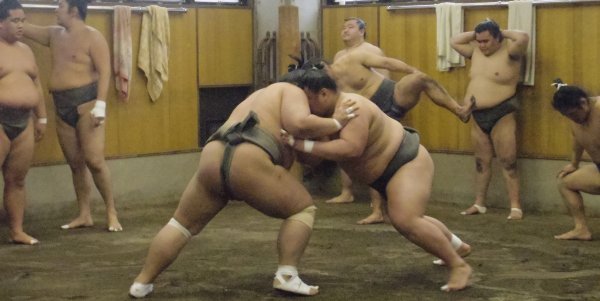 It may seem simple to an outsider, but there’s a lot more to sumo than just two big guys fighting each other and taking a tour to learn more about this fascinating sport is a great memento to take home from Japan. Obviously, it’ll finish with watching a match too! Head to Ryogoku – also known as Sumo Town in Tokyo to see the best sumo wrestling Japan has to offer, and to learn more about the country’s national sport. For more tips and destination guides, visit Trip101.

Guide For Hiking In Mt. Fuji From The Bottom

This is the complete guide for the climbing beautiful Mt.Fuji. From transportation to what to bring, all the information you will need is written in this article!

Have you heard Asuka? If you have been in Manhattan, NY, you may know Asuka Sushi restaurant. So what is Asuka? Asu...

MUST Do in Shinkansen (Bullet Train)

If you have a chance to take a Shinkansen (bullet train) between Tokyo and Kyoto/Osaka, here is the list of what you must do! Don't waste of your time but enjoy Shinkansen ride all the way!

Why You Should Have A Local Guide In Japan

From time to time, it is hard for foreigners to understand the Japanese culture, especially when you visit Japan for the first time. That is why we highly recommend you explore this beautiful country with a tour guide. Especially when you have a great interest in the culture and traditions. In this article, we give you our reasons!

Studio Ghibli is one of the famous Japanese animation film studios. There are so many great movie like Nausicaa of the ...

Nagano prefecture is well known for its beautiful nature such as mountais, forests and highlands. If you love nature and outdoor activities, this will be one of your favourite areas. Let's discover some of the highlights!
The Best 12 viewing spots to see Mt. Fuji
8 Places to Explore Japan’s Gaming Culture

Home
Things to do in Japan

Complete Guide for The Michelin-Starred Ramen Restaurants in Tokyo
Fun Things To Do Around Mt. Fuji (Kawaguchiko Area)
Indoor Activities for Rainy Days in Tokyo
7 things to Do near Narita Airport Area (For transit or layover), Tokyo
Ultimate Travel Guide in Kobe - Things to Do and Places to Visit!

Best Places to Visit in Ikebukuro
My Trip around The Beautiful Prefecture of Niigata
10 Best Things to Do in Odaiba, A Futuristic Entertainment Hub Full of Surprises
Long Weekend Trip to Celebrate the Snow Season at One of Japan’s Biggest Ski Resort! SHIGA KOGEN – NAGANO
The Best Places For An Amazing View Of Tokyo By Night!